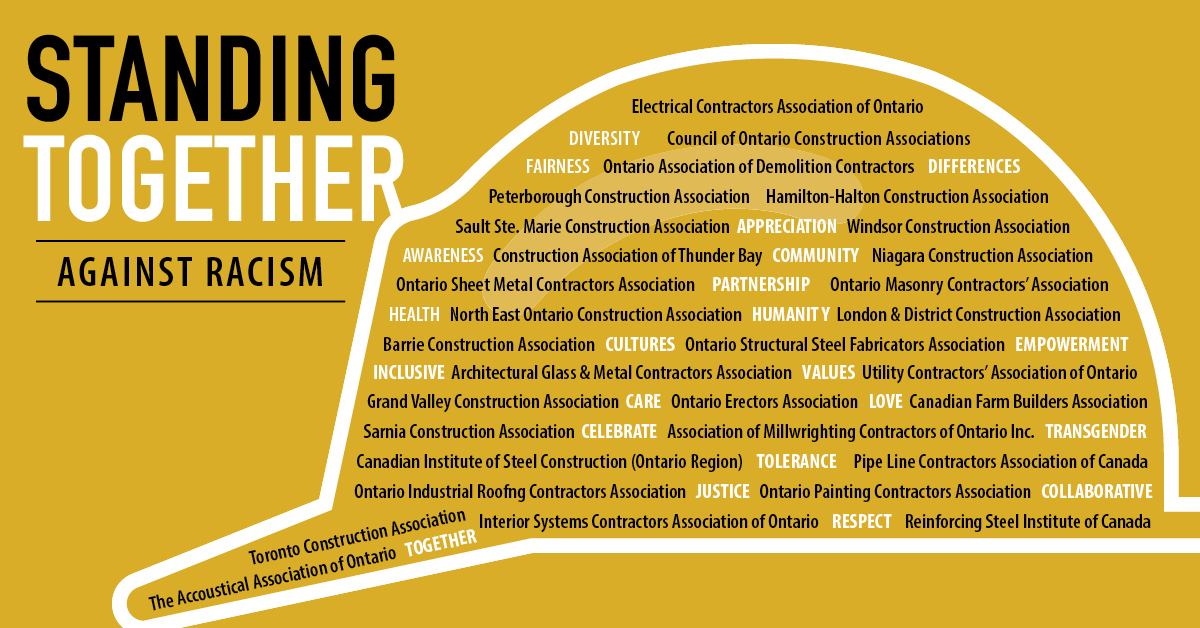 Why We Need to Take Action Against Racism

We’ve all seen or heard disturbing news reports about incidents of racist violence and harassment in cities across Canada and the U.S. These horrific acts reflect deeply rooted racist beliefs that endanger individuals and weaken our society.

As the Ontario Human Rights Commission says: “Racism and discrimination divide communities, pose a serious threat to peaceful coexistence and exchange among and within communities, imperil democratic and participatory citizenship, and entrench and aggravate inequalities within society.”

Here are a few statistics and findings that illustrate the extent and impact of racism in our society.

Black individuals face systemic racism throughout their lives. This creates discrimination and inequity that can lead to deadly consequences.

At the same time, a 2019 survey indicates nearly half of Canadians believe discrimination against Black people is “no longer a problem” – even as 83 percent of Black people in Canada say they are treated unfairly at least some of the time.

Race and ethnicity are the leading factors in hate crimes in Canada. There were more than 870 police-reported hate crimes motivated by race or ethnicity in 2019, an increase of 37 percent since 2015.  Source: Statistics Canada

MISSING AND MURDERED INDIGENOUS WOMEN AND CHILDREN
In 2016, the federal government launched a national inquiry into the hundreds of missing and murdered Indigenous women and girls in Canada. The final report states that “persistent and deliberate human and Indigenous rights violations and abuses are the root cause behind Canada’s staggering rates of violence against Indigenous women, girls and 2SLGBTQQIA people.” The report contains 231 calls to action reflecting the testimonies of more than 2,380 people. Source: https://www.mmiwg-ffada.ca/

The COVID-19 pandemic has led to significant rates of harassment experienced by Canadians of Asian descent. A June 2020 poll conducted by Angus Reid and the University of Alberta found that of the more than 500 Chinese-Canadians surveyed, half were called names or insulted because of COVID-19, while 43 per cent said they had been threatened or intimidated. In Vancouver, the police department reported that anti-Asian hate crimes skyrocketed by more than 700 percent in 2020, from 12 cases in 2019 to 98 in 2020.