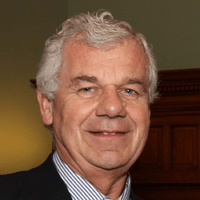 The Canadian Farm Builders Association (CFBA) honoured founding member, Gary van Bolderen, on the occasion of his retirement from the CFBA Board of Directors at a special luncheon held on Friday, May 10th in Guelph.

Recognizing his important contributions to the association, President Terry Rothwell noted van Bolderen’s unparalleled dedication exemplified in his almost fourty years of continuous service.  Past President Dan Reimer told the gathering, which included current and many former CFBA directors and members, that van Bolderen distinguished himself with his hard work on behalf of the association and by always going the extra mile.  Vice President Michael Leach praised van Bolderen for his integrity, for setting a new high standard for others to follow and for serving as a role model for many in the industry.