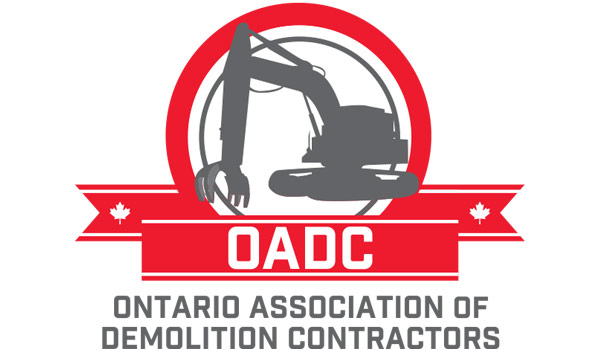 The Ontario Association of Demolition (“OADC”), formally known as the Metropolitan Toronto Demolition Contractors Association (“MTDCA”), was incorporated in June 2004. The name was changed to support the growing diversity of the membership. The OADC represent over 50 heavy, interior demolition and abatement contractors across Ontario. Our contractors employ approximately 1000 members of the Labourers’International Union of North America (LiUNA), under the Demolition Collective Agreement.

The primary duties of the OADC are to act as the bargaining agent for the members during negotiations with LiUNA, and to keep the membership informed and engaged surrounding issues that may impact their business. In addition, the
OADC plays an active role in participation, along with the Council of Ontario Construction Associations (COCA), in lobbying the provincial government on behalf of the construction industry.